In response to increasing crime three friends start a gold storage business. Their enterprise is transformed into a very profitable bank when they find they can create paper money, and issue loans, without the need to back all their banknotes with gold. In order to curtail price increases caused by the extra money they encourage workshop owners to borrow and expand their businesses. Their plan curbs inflation, makes them very rich and transforms their country, Areho, into a flourishing kingdom.

When an astute aristocrat uncovers the secret behind their venture, but sees that his own prosperity depends on their continued success, he joins them in an attempt to find out if it is known by others. The investigation reveals entrepreneurs with anxieties about the nation’s new-found prosperity. They are invited to a meeting to discuss their concerns. An association dedicated to protecting business interests is formed. To help obscure it from the public the association is not given a name, although to members of its innermost circles it is known as The Organisation.

Several centuries pass. The Organisation’s strengths grow and in-house marriages transforms it into network of powerful families. The story follows their unseen influence on domestic and foreign affairs in their quest for greater wealth, power, privilege and control. Members fulfil their goal by secretly infiltrating all centers of power and influence, including the monarchy and the news media.

When explorers discover a far-away country they see an opportunity for expansion. But the people of Yevad are unwilling to trade. Moreover, they have dangerous beliefs and customs which must not be allowed to spread to Areho. The only possible solution is war. Political obstacles are overcome and the war proceeds as intended, but astute members of The Organisation’s inner circle realize that the economic system they have created and nurtured has a requirement of its own. It is an issue they cannot ignore. 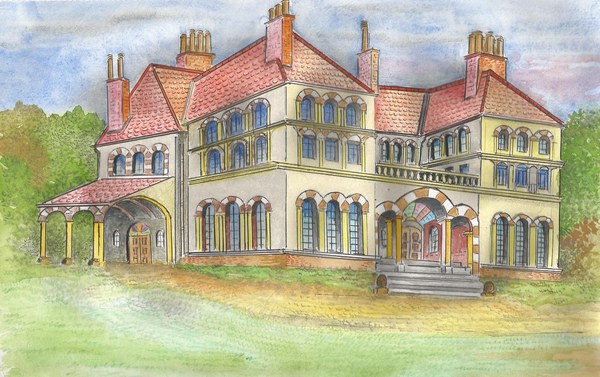